This post, however, was prompted by something that has not changed in FileMaker 12....

I have always run my database windows maximised under Microsoft Windows to avoid the mess that is two sets of window borders and,even worse, the database window half disappearing behind the application window 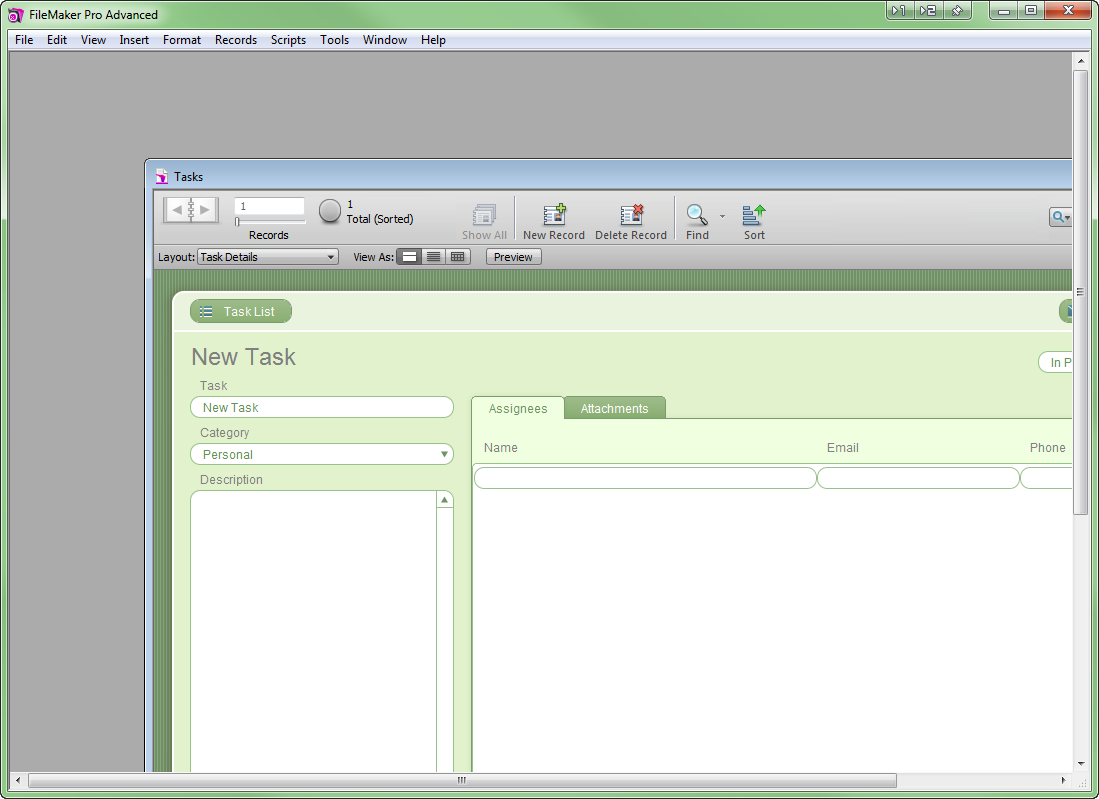 I was hoping that with the release of FileMaker Pro version 12 we would see an improvement in window handling under Microsoft operating systems. Alas this was not the case. Using the new Advanced styles for new windows still causes maximised windows to be 'un-maximised'!

This renders the new window controls almost useless for me. I say almost because, I can at least disable the window controls on the database window by creating a new window and closing the original - a bit of the kludge, but useful none the less.

So I have decide to resurect FMTools; the shareware add-on I wrote for FileMaker versions 3-8 under Microsoft Windows. The first public release was version 2.0 in January 1998. Originally FMTools contained a myriad of functions grouped into eight modules. The new version will initially have only one module - Window Size Control as most of the others reproduce functionality either built in to FileMaker or available using plugins. 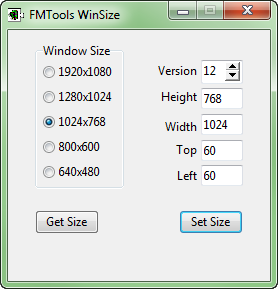 As you can see, you can GET and SET the size of the FileMaker application window interactively. By using command line parameters you can call FMTools from within FileMaker and resize/move the application window without the FMTools dialog being shown. You can also minimise and maximise FileMaker if you need to.
In addition, I have resurected two more modules:

FMBackup - This waits for FileMaker to exit and then zips up the specified databases. Of course a restore function is also available.

Wait4FM - This also waits for FileMaker to exit, but then runs the command line of your choice.

I really thought I had retired FMTools, but it seems I was wrong. You can download FMTools here everything is in the example file including FMTools itself and the deployment scripts. 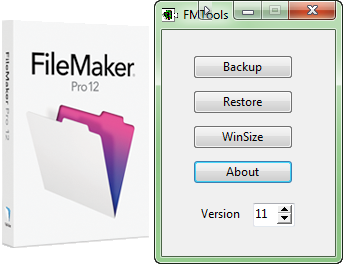